Class 2 (Greywater)
• No evidence of a grey-water pit; pipe on surface of the ground
• Absence of fill around the base of existing pit
• Inadequate cover

General
• Extra plant growth over the leaching bed area
• Foul odours outside
• Effluent breaking out to the ground surface
• Significant algae growth in or around nearby lakes or water bodies.

During a visual inspection, an inspector may note a problem such as a driveway, deck, patio, or even tennis court built over-top of the leaching bed area.

Age of system: In general, the older the system is, the greater the likelihood that problems may exist. Any system over 10 years old would provide reasonable grounds for a visual inspection due to its age. Recently installed systems should not generally require immediate inspection. But Ontario Building Code has started Mandatory Septic Inspections every 5 years in some areas of Ontario. 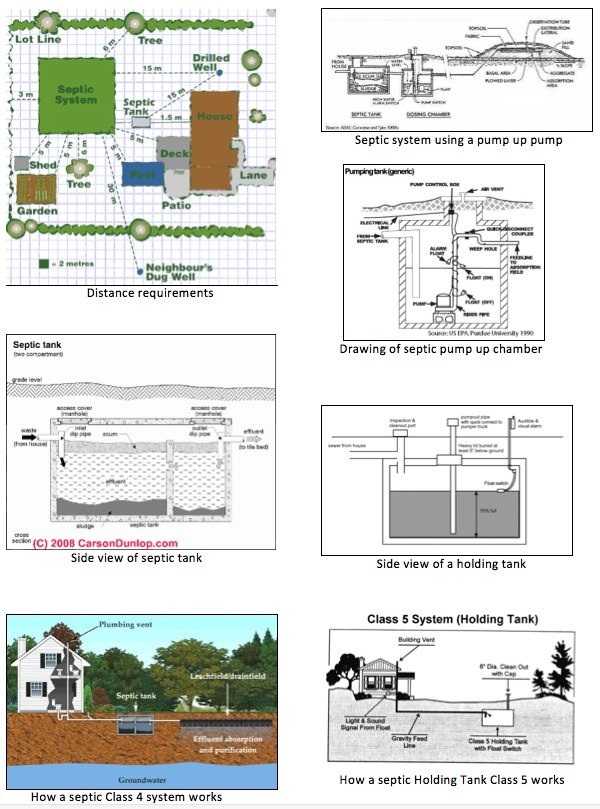